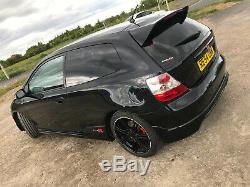 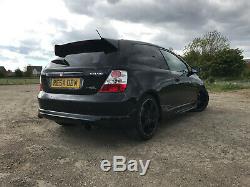 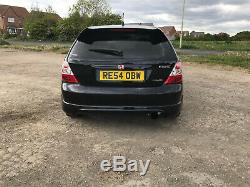 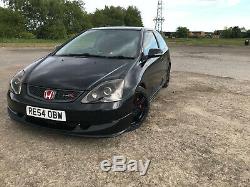 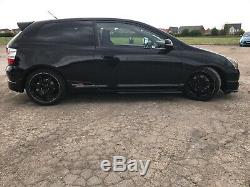 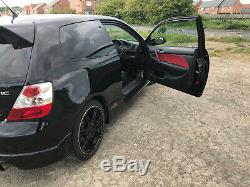 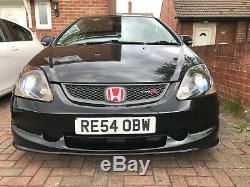 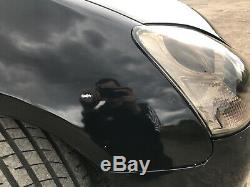 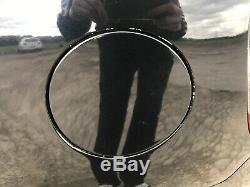 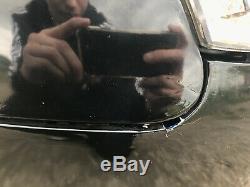 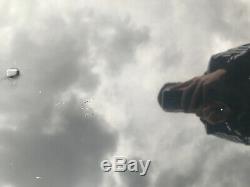 Honda Civic 2004 Type R (EP3) Facelift. For sale is my much loved car which I've owned for the past 5 years and has been my daily driver, but due to circumstances it's time to sell it on. So now looking to go to a good owner. The car is currently sitting on 121K+ Miles, which a good amount has been motorway miles since I became the owner of the car when it was on 77K miles, as this has been my daily car and I cover motorways to get to work, So over my 5 years of ownership the car has covered an estimated average of 9,000 miles a year This is an amazing and fun car to own and drive, has some flaws (cosmetic only) reflected in a fair price compared to others of this model but has plenty gains in its favor, and pics to show.

The car has just been fully serviced, seeing a full oil change, oil filter replaced, new spark plugs etc, and has also had a new engine pulley fitted, has also just had a new rear caliper fitted on one side and also had new rear caliper pins fitted on one side, on both sides of the rear has had new brake disks installed and brake pads. Had new tyres fitted on the front in January and Rear tyres fitted around November just gone, The car is also MOT'd til January 2021. I have some various receipts for some work that has been done over the years, I havent kept all receipts but do have a number from various work and have paperwork for every MOT done since I toke ownership of the car and most of the various receipts cover any advisory work that came up.

This car has been remapped and is running a tame decat exhaust system with a Scorpion Exhaust back box, nice sound in high speeds and revs, but tame enough to not go making a scene, also fitted with the K&N Typhoon Air Filter. BHP is not known as hasn't been run on a dyno, but has left other EP3's behind in the past. The car also has had the factory speakers upgraded to JBL speakers as well, using the same sizes though so they fitted in all the factory slots but with much better sound quality, has a Sony stereo fitted as well, comes with air conditioning in this model, and also the inner door handles have been custom painted Milano red, comes with the black and red style original Type R Bucket seats, and the original Type R floor mats, however the driver side has seen better days as where the heel of your feet rests has worn away now leaving 2 holes, the first hole where your clutch heel rests has also started to wear a hole in the under carpet too. All 3 back windows have been medium tinted in black. The car has also had an HID Conversion on the front main lights, the car has also been lowered on uprated springs all round has factory springs have a tendency to snap on the rear. Car also includes as mentioned A/C, Stereo with DAB Radio and USB input, also has electric side mirrors and electric windows, spare wheel in the boot with a car jack and bar for removing wheels at roadside Any flaws on this car are literally cosmetic and fixable, Mechanically this car is fine and has been fully worked recently to ensure this, as this has always been my daily car for going to work etc, it's always been taken care of. Cosmetic Flaws: Some wear/paint coming away on the front areas of the car, small spots where paint is coming away, not that noticeable unless you look for it, and mainly in the sun when car is fully clean, wheels have previously been curbed, something I never got round to changing or getting refurbed.

This car is priced fair compared to other prices I've seen and higher mileage too, and some in much worse condition. This car would be perfect for someone looking for a slightly modified Type R who wants to do more work to it, or happy to drive as it is already. All test drives will have to be accompanied with full proof of cover and a deposit due to the performance of the vehicle. Alternatively more than happy to give someone a test ride. Also I have some extra pictures of this vehicle which I was unable to list, so if you'd like any further images of this vehicle feel free to ask.

The item "Honda Civic Type R (EP3)" is in sale since Wednesday, May 13, 2020. This item is in the category "Cars, Motorcycles & Vehicles\Cars\Honda". The seller is "darkenedemo999" and is located in Hebburn. This item can be shipped to United Kingdom, United States, Australia. Mark: **54 *** Get the Vehicle Status Report